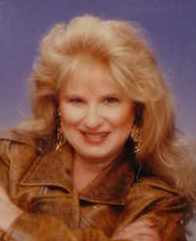 Marsha Rhodes Gilliam is a studied twenty-first century American realist painter, known for her ability to produce a profound likeness of her subjects in Old Masters’ style portrait work, and her humanistic paintings of Vietnam War themes. In addition to her studio work in Arizona and New Mexico, she is a classically educated literature and humanist scholar with a post-graduate minor in art history. Gilliam is currently available for commissioned work.

Gilliam’s formal artistic studies began with a leading Italian-American teacher and painter, Frank Covino. Much of her early training involved meticulous copying of the earlier Old Masters like Titian, Rubens, and Vermeer, and by mid-2005, she had developed a mature style that was profoundly influenced by these Masters as well as Michelangelo, Raphael, Leonardo, and the naturalism of Caravaggio.

Gilliam was born in Charleston, West Virginia to Ora Alice Rhodes and Elmer Thomas Brown. Her father’s doctors placed him in a nursing home in 1957 after a debilitating illness and he died there in 1961 when she was seven years old. Her mother, having come from a farming family in the hills of Jackson County, was as resourceful as she was frugal and managed to keep the family of five fed and happy with its limited funds. Gilliam emulated her mother’s indomitable and unfettered spirit early on. Her family moved to Arizona in 1965.

Gilliam experienced her impressionable teens during one of the most tumultuous times of American history characterized by Segregation; rioting in major cities; the Vietnam War, the ensuing protest marches, and significant opposition to the war; and the assassinations of President John Fitzgerald Kennedy, his brother, Senator Robert F. Kennedy, and civil rights leader Martin Luther King, Jr. Reason, ethics, and justice are important to her so these historical events function as subtexts in some of her artwork.